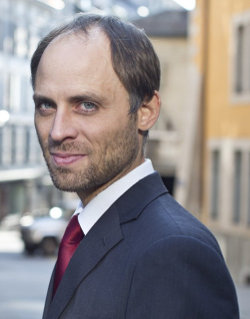 Did you hear that? I was so desperate, so utterly disillusioned by the duplicity, lies, subterfuge, corruption and arrogance of Swiss lawyers in Valais, that I called Amnesty Switzerland.

Maitre Pierre Bayenet is not perfect, we have disagreed strongly at times; he is a man of honour and integrity, who acts with what I regard to be a great deal of humility, something I have found sadly lacking in almost every other Swiss lawyer I spoke to.

If you are fighting the police, even if he's not your only hope, he's certainly your best bet.

I say this because not only he is extremely effective as a lawyer, he is equally as efficient and gives very sound advice regarding when to pursue a particular issue, or when a positive outcome is either unlikely or cost prohibitive. My case has actually involved a combined total of around ten (10) criminal and civil suits where my partner and I have been both the plaintiff and defendant.

Last week Maitre Pierre Bayenet successfully settled another case for us, against a malicious lawyer who earns more from spurious litigation than he does from his actual law practice (I seem to recall annual tax returns for his legal practice around $US10,000 per annum which is derisory). That guy is accused of aggrevated assault against another neighbour, of hitting him with a steel snow shovel, putting him in hospital and stealing his iPad. When the victim filed suit, the lawyer under criminal investigation filed a countersuit for loss of earnings of US$30,000. Funny for a guy who makes only $10,000 a year isn't it?

Maitre Pierre Bayenet is the first lawyer in history to have made this guy pay. Believe me when you're in a brutal war of attrition and the knives are out you sleep better knowing he is your lawyer.

Make no mistake, any legal dispute against a totalitarian state such as Switzerland will involve you in a plethora of cases, the police, prosecutor, even judges will collude to bury you under a mountain of legal procedure through outright malicious prosecution and then pretend not to understand the term. A lawyer who is economical is key to success, and every other lawyer in Switzerland prefers to squeeze you like a lemon, bleeding you dry, rather than actually do an honest job.

When this is all over, I'll be putting Maitre Pierre Bayenet forward for the Order of Australia, because the way I see it, he and his family are the only bloody Swiss we should let into the country.

The rest of the Swiss should be rightly regarded as a "fifth column" here to subvert our democracy, and expelled forthwith.